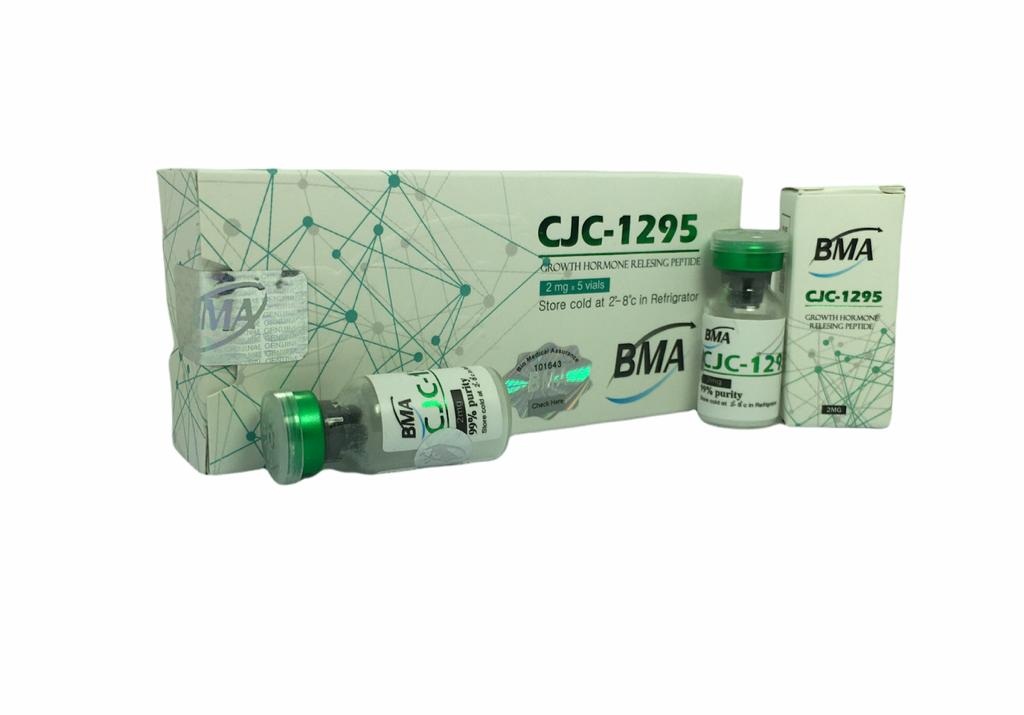 Introduction to CJC 1295
You’ve obviously made it to this page as you are aware of CJC 1295, and other Growth Hormone Realeasing Hormones options. If you are contemplating use of CJC 1295, and simply want a little more information prior to starting a dosage cycle, we have the answers you are looking for. Below we will detail the uses, dosage, benefits, cycles, and other relevant information you will need to know, if you are new to this, or other GHRH’s for that matter. So, here’s what you want to know, when you are ready to start your CJC 1295 cycles.

What are the benefits of using CJC 1295?
If you want to increase muscle strength, increase lean muscle mass, and lose body fat, look no further. With CJC 1295, these are only a few of the benefits you are going to realize, from your very first injection. The long-lasting, GHRH analog, has a longer lifespan than other growth hormones. In turn, it is working longer in your system, meaning increased benefits, and an increase in dispersion of the growth hormone.

In addition to the above listed benefits, it also promotes several therapeutic benefits to users. Fewer injections are required than is the case with competing growth hormones. When you compare CJC 1295 to other growth hormones on the market, you will realize a difference in quality, and you will notice an instant jolt in energy levels, among the above listed benefits.
Proper dosage of CJC 1295
Modified GRF 1-29 should be taken in 2 mg injections. Each vial contains 20 injections.

You should inject 1000 mcg 3 times daily, and it is best if injected with ghrp peptides.

How to inject CJC 1295
Subcutaneous injections are suggested. Simply use an alcohol wipe to the belly or thigh, and flick the syringe (to release water) prior to injecting. Gently insert the syringe until the vial is empty.
Cycling: How should I use and administer CJC 1295?
Most have noted that 2-3 injections daily, is going to allow for the best dispersion, and release in the system. Prior to breakfast, at lunch, and prior to going to bed, are the times most users will inject; testing periods can last for several weeks, until you find out what works best for you, and how the CJC 1295 is best going to acclimate in your system with regular use.

8-days is the half-life of DAC, and this is the reason duration of cycles should last less than this amount of time. Increased GH secretion will be noted with injections given once weekly. So, it is really a personal preference as to what you like better, the once weekly injection, or 3-4 injections daily with CJC 1295.
CJC 1295 and GHRP cycles
GHRP 6 (or growth hormone releasing peptides) are often used with CJC 1295 for the synergistic effects. If you are on a weekly cycle, you will use the GHRP once a week with that cycle. This causes less of a cortisol rush to occur; you can also use it on the 2-3 injection cycle, alongside the CJC 1295, if this is the preferred method of administration when you are using these injections.
Muscle Growth with CJC 1295
With adolescence, the body finds it harder to produce growth hormones on its own; since 1985, when HGH was created, it has been a staple in helping adults increase the levels of GH they produce naturally. Studies have since been conducted which show how HGH has helped increase muscle mass naturally. It also decreases body fat levels in some users; but, for many who aren’t prescribed the injections, the high cost makes it unattainable for some users.

Using CJC 1295 once weekly, has been shown to increase gh by 2 to 10 times naturally in the system, for a period of up to 6 days post injection. With IGF 1, a 1.5 to 3 time increase is also present, for 9 to 11 days post use. Whether you seek the “fountain of youth” or simply need a jolt of energy, this might be the solution you’ve been looking for as a athlete. It is not only easy to administer, it is going to continue to work in your system, post administration of the injection, so you know you are going to feel those benefits for a number of days after you initially inject the CJC 1295.
obtain REAL CJC 1295